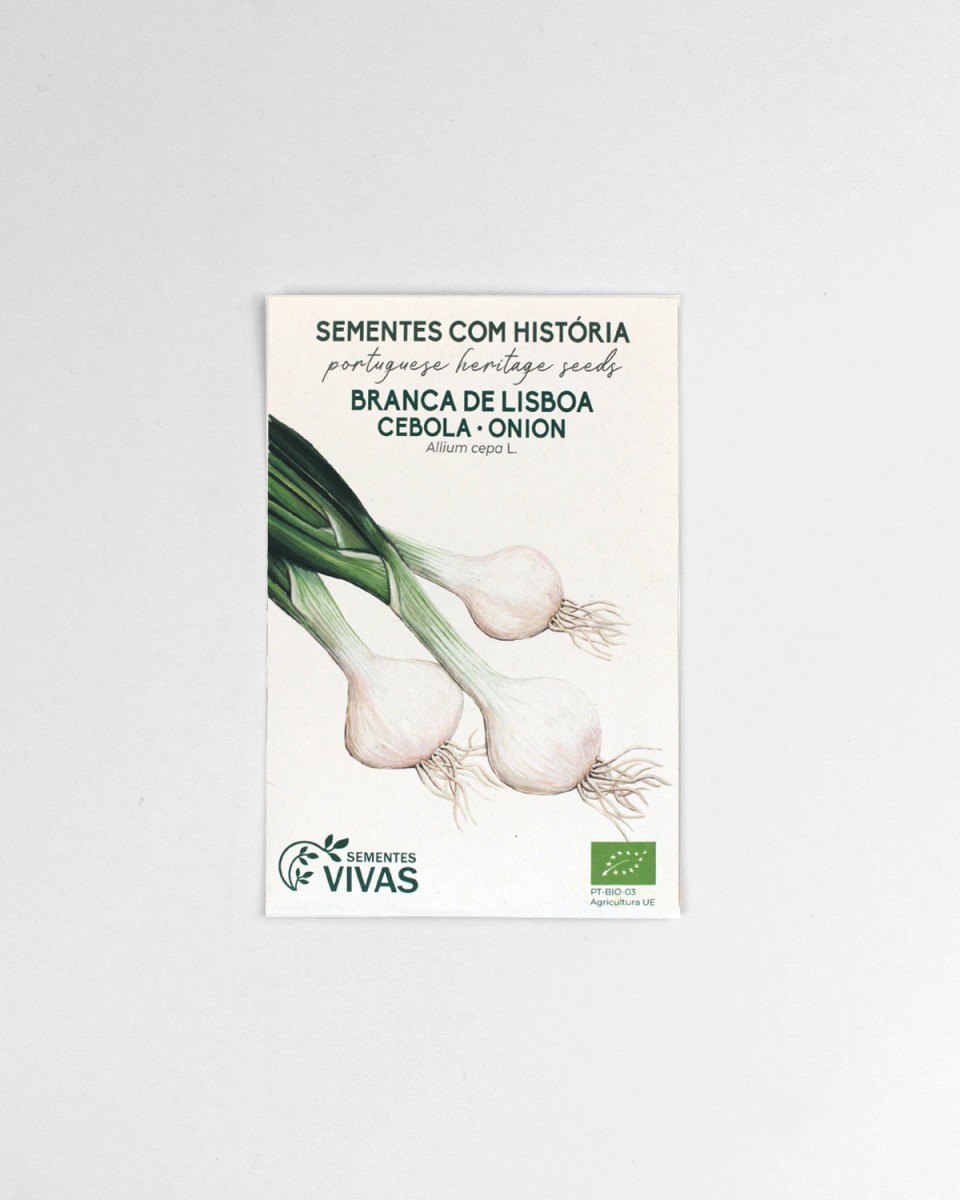 The onion is globally renowned for the perfection of its curves. The White Onion from Lisbon, ‘Branca de Lisboa’, comes with a cosmopolitan touch and is happy to converse in English or any other language with anyone who wants to try it. In gardens, it gracefully adorns flower beds and pathways with its white and purple flowers. In cuisine, it has the power to leave an entire family crying when cut. Its scent is unmistakable, but the characteristic taste invites its use in the majority of Portuguese culinary dishes. It harbours a good relation with almost all other ingredientes in the kitchen. It can be eaten raw, added to salads, and it is the base of ‘refogado’, that very honed starting point for stews, roasts and fish ‘caldeiradas’. Soup is made with it and, when caramelised on the stove, it slowly turns into a surprising delicacy, adding wealth and flavour to light meals. Originally from Afghanistan, Pakistan and Iran, onion seeds were found in an Egyptian tomb, like a treasure. Its chemical composition gives it unique therapeutic and aphrodisiac properties. Hence the mythical symbolism which, for centuries, has been deservedly attributed to it.

Less pungent than yellow and red, with a moderately spicy taste; perfect for eating raw in beautiful Portuguese salad.