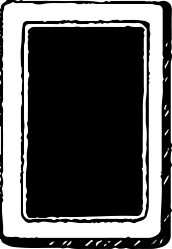 A Vida Portuguesa was born from an investigation of the then journalist Catarina Portas into old Portuguese products: those that had been around for decades, that have kept their original packaging and that are still made involving an important dose of manufacture.

In November 2004, these products were gathered in boxes according to different themes and the brand Uma Casa Portuguesa was launched. Later, in May 2007, the brand was reborn as A Vida Portuguesa in the Chiado neighbourhood, Lisbon.

Considered by the local Time Out magazine one of the 10 most original shops of the Portuguese capital, it goes on surprising and enchanting its visitors. In November 2009 we have opened a second shop in the Clérigos neighbourhood, Porto, that featured in the 2010 Retail Directory of Wallpaper magazine. In 2009 we have also launched the online shop, making our products available to the world, in partnership with Feitoria. And, in the meantime, we have also done resale of our exclusive products to other shops in Portugal and abroad.

From the beginning, we have established partnerships with several old Portuguese brands, in order to develop exclusive AVP products: soaps with Ach. Brito and Confiança, swallows with Bordalo Pinheiro, pencils with Viarco, ceramics with Secla, notepads with Serrote, notebooks with Emílio Braga. This is our most interesting and ambitious initiative: it involves research, creation, development and promotion of good quality brands and touching products; the praise of Portuguese production.

We were born from the belief that there is a future for old Portuguese products. The many shops that, nowadays, throughout the country, draw inspiration from our concept and rediscover the old Portuguese brands proof that we were right. And we are glad, because that was our main goal. But in no other place are the products as many and as beautiful as in A Vida Portuguesa. The only and the original one.